Minneapolis, MN:  Mortgage interest rates and refinance rates are as of this posting are at record lows. This little jump lower is a direct effect from last weeks announcement by the FED of QE3.

First, understand that the FED does NOT control mortgage interest rates. They only control the Fed Funds Rate, which simply put, is what the banks pay in interest rates to borrow money from the Federal Reserve. Long-term mortgage rates are based on the bond market. The bond market does react to what the Fed says and does, so many people wrongly believe the change in actual rates is because of what the Fed did or didn’t do.

So just what does QE (Quantitative Easing) mean anyway? Well, in short – normally when the economy is struggling the Federal Reserve will reduce short term interest rates to encourage more lending and spending. However, interest rates have already been cut as low as they can go- so what to do? Well, that’s where quantitative easing comes in. 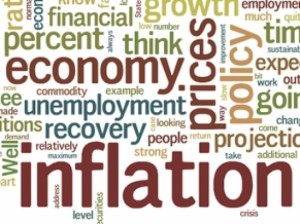 Haven’t We Tried This Before?

The central bank has tried using quantitative easing twice before- in November 2008 and again in October 2010 (known as QE1 and QE2). So did it help? There has been plenty of research on this question. The first round of quantitative easing appeared to be effective in preventing the economy from sinking into a giant depression. Economists say this was because everyone realized the Fed would do whatever it takes to avoid deflation. It was essentially a giant confidence boost. The economy stopped sliding and inflation slowly rose. But the effects seemed to dwindle as the years went by. Experts are much more divided on how much QE2 has helped.

In theory, quantitative easing should work in two ways. First, it injects more cash into banks, allowing them to lend more. And second, it lowers interest rates — if the Fed buys up a bunch of mortgage-backed securities, for example, that should make it cheaper to borrow money to buy a house. In practice, interest rates do drop. But it’s hard to figure out whether this translates into a boost in the actual economy.

So now back to how long interest rates will stay low in the near future….

The Federal Reserve has actually done two things to try and improve QE3. First, the Fed said they will keep the rates banks pay for money low until mid-2015. Second, the central bank will buy up $85 billion worth of assets each month between now and the end of the year. But, unlike QE1 or QE2, this new round of purchases will be more open-ended. That’s an important change. Here’s the key bit from the Fed statement:

“If the outlook for the labor market does not improve substantially, the Committee will continue its purchases of agency mortgage-backed securities, undertake additional asset purchases, and employ its other policy tools as appropriate until such improvement is achieved”

The purchases will continue until morale improves. What’s more, the Fed noted that it will continue its policy of easy money “for a considerable time after the economic recovery strengthens.”