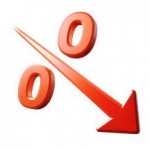 “Fixed mortgage rates eased this week to record lows on indicators of higher consumer confidence and lower wholesale prices. Consumer sentiment rose in November to the highest reading since July 2007 according to the University of Michigan. Meanwhile, the core producer price index fell 0.2 percent in October.”