“When President Obama signed Dodd-Frank into law two years ago, he promised it would provide ‘certainty to everyone from bankers to farmers to business owners to consumers.’

Today we look at the sad shape of our economy and realize Dodd-Frank has had precisely the opposite effect.

Supporters of Dodd-Frank sold it as ‘Wall Street reform,’ but as our committee has learned from listening to hundreds of witnesses, it is Main Street that is getting crushed under the law’s 400 new rules and mandates.

The layers of red tape Dodd-Frank piles on our economy cause more uncertainty for American businesses and hinder their ability to grow and create jobs.

“With tens of millions of Americans still unemployed, there is no more important task we have than to promote an environment that cultivates job creation, and that means thoroughly examining the job-killing provisions of Dodd-Frank.  Our committee has been hard at work conducting oversight and passing legislation to reverse unnecessary Dodd-Frank regulations in order to increase certainty, end taxpayer bailouts, and promote job creation.” 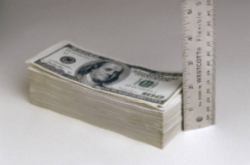 For starters… they are already going after the wrong people…

Here is another great video from the boys over at TBWS.

Loan Officer Compensation gone wrong. All that is wrong in Washington