Home sales, listings down for November 2014

While still touting a housing market recovery, area real estate associations are mindful that the market is still recovering, with the fits and starts that all that entails.

Data for November bear this out, with the area Associations of Realtors reporting November decreases in pending sales, closed sales and new listings.

The median sales price rose 5.1 percent to $205,000, marking 33 consecutive months of year-over-year median price gains. However, this figure was down from an October median of $209,000.

As has been the case in recent years, the year-on-year uptick in prices indicates fewer distressed properties on the market; these properties, foreclosures and short sales, are where the home sells for less than is owed on the mortgage, and typically drag down median prices. 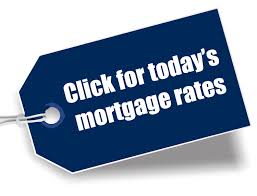 The Minneapolis, St Paul, Twin Cities housing market is clearly continuing the process of recovery. Sales prices are up, but on fewer overall sales. Fewer distressed sales (foreclosures and short-sales) are certainly a welcome sign for homeowners and Realtors alike.

The Minneapolis Association of Realtors cited increased condo activity for the rise in prices. The median price of new construction condominium sales rose 65.2 percent in November to a new high of $366,242, it said.

Foreclosures at 5 year Low in 2013, but Some States Still Increasing 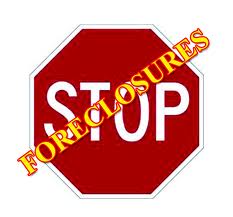 Minneapolis, MN:  Is it finally over?  With foreclosure filings throughout 2013 reported by RealtyTrac to be at the lowest annual level since 2007, one might begin to hope the housing crisis has ended.  However the company also reports that overall foreclosure activity increased last year in 10 states and scheduled foreclosure auctions in judicial process states were the highest in three years.

How long after foreclosure for a new FHA loan?

Recently FHA announced in mortgage letter 2013-26 the ability to FOREGO the current three year waiting period for previous Foreclosures and Short Sales before you can qualify for an FHA Loan if the borrower had an ECONOMIC EVENT that created a hardship.

It has been brought to my attention that many real estate agents are now advertising this, WITHOUT GIVING THE FULL STORY.

Borrowers MUST MEET VERY STRINGENT guidelines in order to qualify for this EXTENUATING CIRCUMSTANCE.

Here is the link to the actual Mortgagee letter for your reference.  Please read the FHA foreclosure guidelines so you understand what is required.

But there is more…  Just because FHA indicates they may insure a loan meeting these guidelines, you need to understand that FHA DOES NOT DO LOANS.  Lenders do loans, and you will still need to find a lender willing to offer loans under these new guidelines.

My experience tells me that very few lenders will jump on board to offer this product, so be sure to cross your T’s and dot your I’s before you get too excited about suddenly being about to get an FHA Home Loan with a recent foreclosure or short-sale. 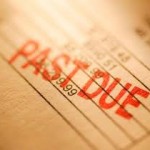 This is clear evidence, that while not over, the nation’s foreclosure woes are easing and the housing market recovery is gaining momentum.

Sales of bank owned homes in the January – March 2013 quarter fell 16% from the previous quarter, and were down 23% from the same quarter in 2012.  The last time bank owned sales were lower was the first quarter of 2008, at the beginning of the whole housing mess.

Minneapolis, MN:  Life happens. For all sorts of reasons, from divorce, job loss, or a major medical event, people can sometimes get into financial trouble.  The worst thing anyone can do is bury your head in the sand. It isn’t going away, and is usually easier to deal with early on.  Ask friends and relatives for help right away.

Other Alternatives to Foreclosure

A reinstatement is the simplest solution for a foreclosure, but often the most difficult to achieve. The homeowner simply comes up with the money to pay the total amount past due (including late fees) to the lender.  This is a great option early on.

Many believe bankruptcy is a “foreclosure solution,” but this is only true in some states and situations. Entering bankruptcy can be a risky and costly process. Be sure to seek the advice of a qualified bankruptcy attorney when pursuing this as an option.

Refinancing means you will acquire a new loan based on your current credit standing. If you have already missed mortgage payments, those missed payments and now damaged credit scores may make it difficult to get approved for a new mortgage loan

Also known as a “friendly foreclosure,” a deed-in-lieu allows the homeowner to return the property to the lender rather than go through the foreclosure process. Contact your lender on how to “give back the keys.”

A forbearance or repayment plan involves the homeowner negotiating with the mortgage company to allow them to repay back-payments over a period of time. Typically this involves putting the past due payments to “the back of the loan.”

A short-sale is exactly what the name implies.  You put the home up for sale, and find a buyer.  Unfortunately, the sales prices is less than you owe.  You will then negotiate with the bank to accept the sales prices as payment in full. While still damaging to your credit, it is better because you usually are able to walk away free…  with the bank never coming after you for any money they lost. On a true foreclosure, they can usually come after you later on for any loss.

This option does not require lender approval, but does require the homeowner’s ability to rent the house for enough money to cover the monthly mortgage payment. Being a landlord isn’t overly difficult, but isn’t for everyone.

If a member of the military experiences financial distress due to deployment-and their debt was entered into prior to deployment-he or she may qualify for relief under the Service members Civil Relief Act.

To read this press release in its entirety, look below:

The Real Story behind the story

Foreclosure abuses? This is a complete overstep of the government, a very bad precedent, and a major reason why this country is going down hill fast.

Whatever the reason, I’m sorry you lost your home to foreclosure.  I really am. But the bottom line is simply this.  You signed a promissory note. You promised to pay back the home loan. Period.  It didn’t say you promised to pay back unless...   Unless, you lost a job, unless the house lost value, etc. Nowhere in the documents did it say the bank was required to write down your mortgage balance, nor agree to any sort of loan modification.  The bank is a business.  They took a financial risk giving you a loan because of your promise to pay it back.

The abuse?  First a little background. When a lender forecloses on someone, they have to meet certain protection guidelines, including things as timely notice of impending action, etc. Ultimately, an officer of the company must sign off on the final foreclosure action, certifying the company has followed all required guidelines.

With the overwhelming new rush of foreclosures, the banks couldn’t keep up. So did they make a error. Yes. The banks did make a mistake. No doubt about it.  But what they simply did is rubber stamp the foreclosure certification, and used people other than an officer of the company to sign the document.

The government, after receiving a lot of pressure from consumer groups, and people desperate to save their home, ended up forcing the banks to this $25 BILLION agreement. The agreement will PAY, YES PAY people who were foreclosed on $2000. Many of those still in their home will have their balance written down by an average of $20,000.

Really? Should maybe the banks get their hand slapped.  Sure.  But to the tune of $25 Billion?  Of course not.  The underlying issue shouldn’t be that banks had someone not authorized sign a document, it should be the fact that people (on average) were over two years behind on the payments, and we are now rewarding them.

Both fixed-rate and adjustable-rate mortgages are susceptible to default, though at different times when the right amount of economic volatility shakes the financial markets, according to a new report from the National Bureau of Economic Research.

However, the factors that end up leading each type of mortgage into default are often quite different.