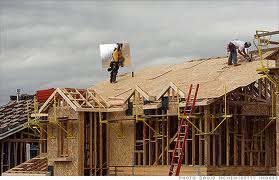 U.S. home construction fell in June to the slowest pace in nine months, a setback to hopes that housing is regaining momentum and will boost economic growth this year.

Construction fell 9.3 percent last month to a seasonally adjusted annual rate of 893,000 homes, the Commerce Department said Thursday. That was the slowest pace since September and followed a 7.3 percent drop in May, a decline even worse than initially reported.

Applications for building permits, considered a good indicator of future activity, were also down in June, dropping 4.2 percent to a rate of 963,000 after a 5.1 percent decline in May.