So the Fed taper has officially been announced, and will start next month.  Now what for  mortgage rates? 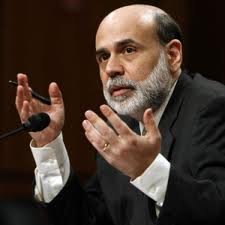 The answer is, it depends.

How fast will the Federal Reserve winds down the rest of its bond-buying program.

Do they stay on track for what was announced? Will the economy continue slowing getting better?  How will the new Fed Chairwomen handle the office?  These, and many other items all play into the question.

On Dec 18th, the Fed announced that it would taper (slow) its mortgage bond buying by $10 billion per month, split evenly between its purchase of Treasury bonds and mortgage-backed securities.  Soon to be out the door Chairman Bernanke said in a press conference that the Fed would most likely continue to slow down the bond purchases at a rate of $10 billion at a time, over the next several meetings of its rule-making committee.  He also said that decision was more of a flexible guideline than a hard-and-fast policy, and that the process will be deliberate and data-dependent. He further added that  if the economy slows, we could skip a meeting or two. On the other hand, if things really pick up we could go faster.

The guaranteed outcome is that mortgage interest rates WILL RISE as the Fed winds back its bond purchases. As for how fast and how far rates rise, that depends on how steady, and how fast or slow the tapering is over the next year.