According to the latest weekly Freddie Mac Rate Report,  the average rates for a 30-year fixed-rate mortgages hit the lowest levels seen since June last week after the Federal Reserve stated they will not taper their $85 billion per month mortgage bond purchase program anytime soon.

Until the Federal Reserve does start to taper, and then stop buying bonds,  expect to see low mortgage rates for some time to come. We’re going to be enjoying some very attractive interest rates well into 2014. The question is, is it going to be a 3.875% interest rate or a 4.25% interest rate? Either way, historically speaking, these are still great mortgage rates. People should be taking advantage with a new home purchase, or refinancing their existing mortgage loan. 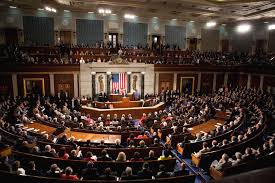 The general market still widely believes that the Federal Reserve won’t begin talk of tapering their massive bond purchases until at least June of 2014. Keep in mind that Congress just kicked the budget ceiling down the road until February,  where they are going to have to renegotiate again, so the Federal Reserve will also have to react to that budget battle too.  If  Congress comes up with a good long-term agreement, mortgage rates should move up, but we still anticipate under 5%.

With current mortgage rates for FHA loans in the upper 3% range, and Fannie and Freddie loans in the low 4% range, there really isn’t any room to lower rates further to spur the housing markets.  What the county needs is jobs, and stable jobs.  When people feel good about their financial situation, they have no fear buying homes.