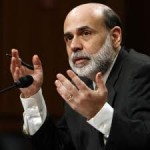 St Paul, MN: Mortgage rates the last few weeks have climbed steadily on the statement from the Federal Reserve that they plans to scale back, and ultimately end the buying of Mortgage backed Securities by the middle of 2014.
This news translated into mortgage rates having one of the worst weeks in history, with Friday alone generating a 1/4% rise in interest rates. While 1/4% isn’t a killer by itself, combined with the rate increases from the earlier part of the week, the combination proves to be a nightmare for mortgage rates. Real mortgage rates ending Friday for the best clients are now about 4.625%.  This compares to 3.50% just a month ago.

BEWARE OF WHAT YOU READ – Not all Mortgage Quotes are current

I took numerous calls this week, where clients complained about the rate I was telling them compared to what they were reading elsewhere for “average rates.”  Most of the average rate information published on web sites, newspapers, and reported by the media comes from the weekly rate report published by Freddie Mac.  While the report is great for tracking averages over time, it is the AVERAGE of rates compiled through the end of the previous week, then reported on the following Thursday.

Another problem is many web sites don’t update daily, or even weekly.  Newspapers, and other print media may have collected rate information on Wednesday morning for publication in Sundays paper. This week, that would leave people with quotes at least .375% to .500% lower than reality.

If you are buying Google stock, does it matter what last week average price was, or what you can buy if for today?  Only rely on constantly updated and accurate rate reporting system, or while a phone call to a Loan Officer.