St Paul, MN:  In the Twin Cities area, home prices, including distressed sales, also increased by 6.3 percent in October compared with October 2011, according to the Core Logic. This is the largest yearly gain since July 2006. 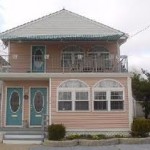 Distressed sales refers to a home being sold for less than is owed on the sellers’ mortgage, or homes sold through a foreclosure.

Steady price increases are helping fuel a housing recovery. They encourage more homeowners to sell their homes. And they entice would be buyers to purchase homes before prices rise further.

Home values are rising in more states and cities, according to the report. Prices increased in 45 states in October, up from 43 the previous month. The biggest increases were in Arizona, where prices rose 21.3 percent, and in Hawaii, where they were up 13.2 percent.

In 100 large metro areas, only 17 reported price declines. That’s an improvement from September, when 21 reported declines.

And more people are looking to buy or rent a home after living with relatives or friends during and immediately after the Great Recession.

At the same time, the number of available homes is at the lowest level in 10 years, according to the National Association of Realtors. The combination of low inventory and rising demand pushes up prices. (view homes for sale)

Last week, an index measuring the number of Americans who signed contracts to buy homes in October jumped to the highest level in almost six years. That suggests sales of previously occupied homes will rise in the coming months.